A crowd of over 200 people of all age groups marched down Santa Clara Street and rallied at city hall in San Jose Calif. for the annual May Day march and rally on May 1, 2021.

May Day is also known as International Workers Day and originated in 1889 by socialist groups in commemoration of workers who successfully campaigned for the eight hour work day in Chicago in 1886.

“As we walk today, please remember why we’re all doing this,” Joey Iyolopixtli, a member of the Muwekma Ohlone tribe and speaker at the event, told attendees as the march began at 2:30 p.m. “All we want to do is spend today in solidarity and unite the fight.”

The coalition made three major demands from legislators and the public: affordable housing, fair pay for essential workers and U.S. citizenship papers for all immigrants.

U.S. Census data from 2019 suggests around 8.7% of San Jose lives in poverty. And the California Department of Housing and Community Development has set the low-income level for Santa Clara County at $82,450 for a one person household and $94,200 for a two person household as of April 26, 2021.

“The life of a caregiver is not easy, most of us endure harsh working conditions, are not paid overtime, and are classified as independent contractors,” said Kathy Bartola, a caregiver and member of the Pilipino Association of Workers and Immigrants (PAWIS) — an organization that organizes around the rights of Filipino workers and immigrants —  “For those who lack status they live in constant fear of being caught by I.C.E or deported. You call us essential workers, then treat us like one. It’s time for California to rectify exclusions that are rooted in racism and white supremacy.”

Currently undocumented immigrants work, pay taxes, and help move the economy with their purchases but still don’t receive many of the benefits a U.S. citizen would.

The Papeles Para Todos — meaning papers for all — contingent was the largest group at the event, they were recognizable from their bright green shirts that read Papeles Para Todos on them. Organizers with the campaign are calling for immigration reform that would establish rights for the undocumented immigrants in the country.

And they are currently critiquing the Biden administration’s U.S. Citizenship Act of 2021 saying that five years is too long to wait to apply for a green card, especially for people who have already been living undocumented with families in the U.S. for many years.

“Workers are essential and just as their jobs are essential, they are essential. We need a better immigration system.” Adrianna Garcia, a speaker at the event and member of Movimiento de Acción Inspirando Servicio (MAIZ) — a group that organizes for social change, and the well-being of those in the Latinx and other marginalized communities  —  says, “We need our families to be free of state violence, without the separation of families.”

“I believe that workers need to have solidarity and union organizing to fight against harassment, wage theft, and discrimination,” said Alexa Suarez, a 24-year-old college student and activist. “International Workers Day uplifts people all over the world and gives them a voice. Labor movements have created higher minimum wages, lunch breaks, safe practices in the workplace, and protection against prejudice based on gender or sexuality.”

The May Day rally ended peacefully around 5 p.m. concluding with a large group photo at city hall. 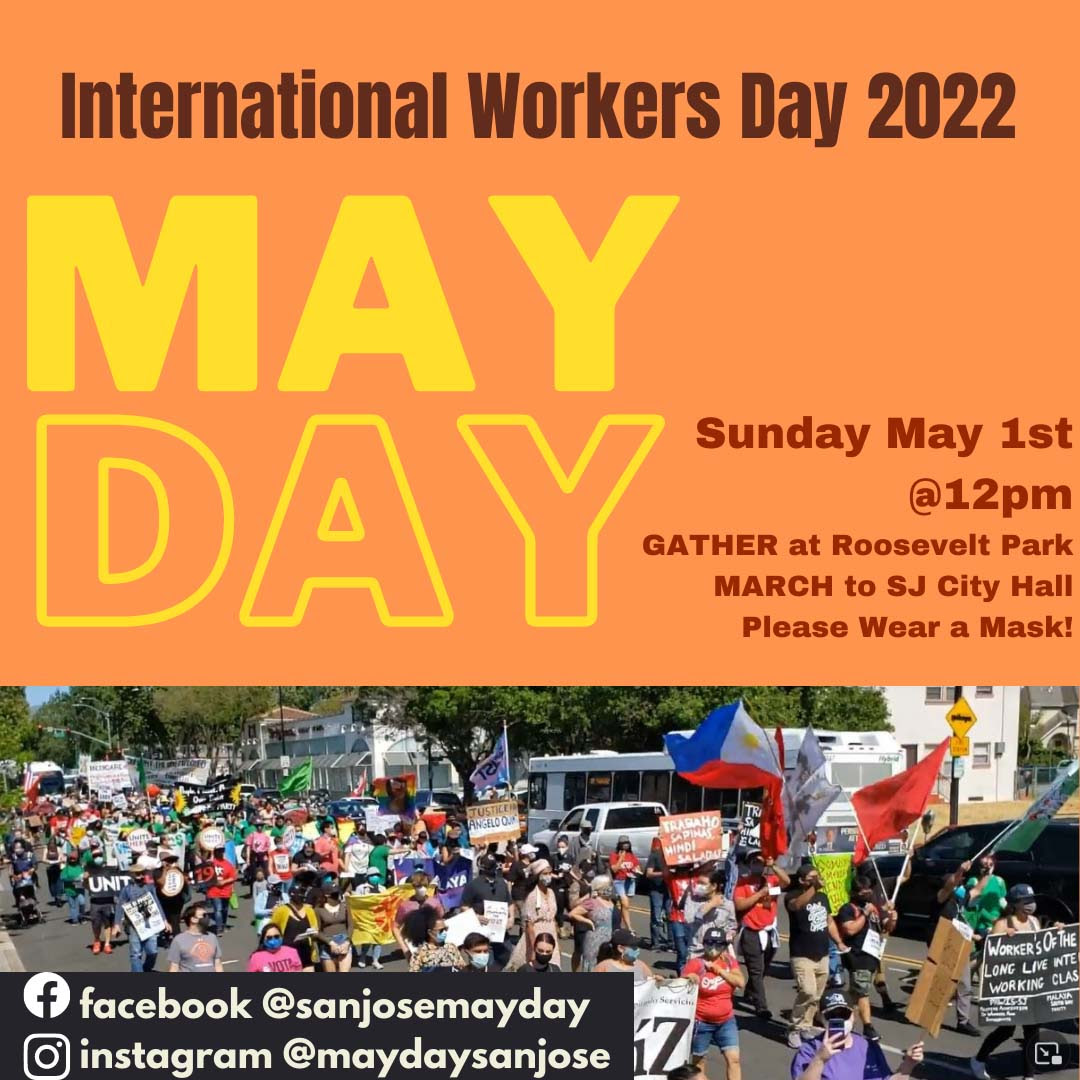